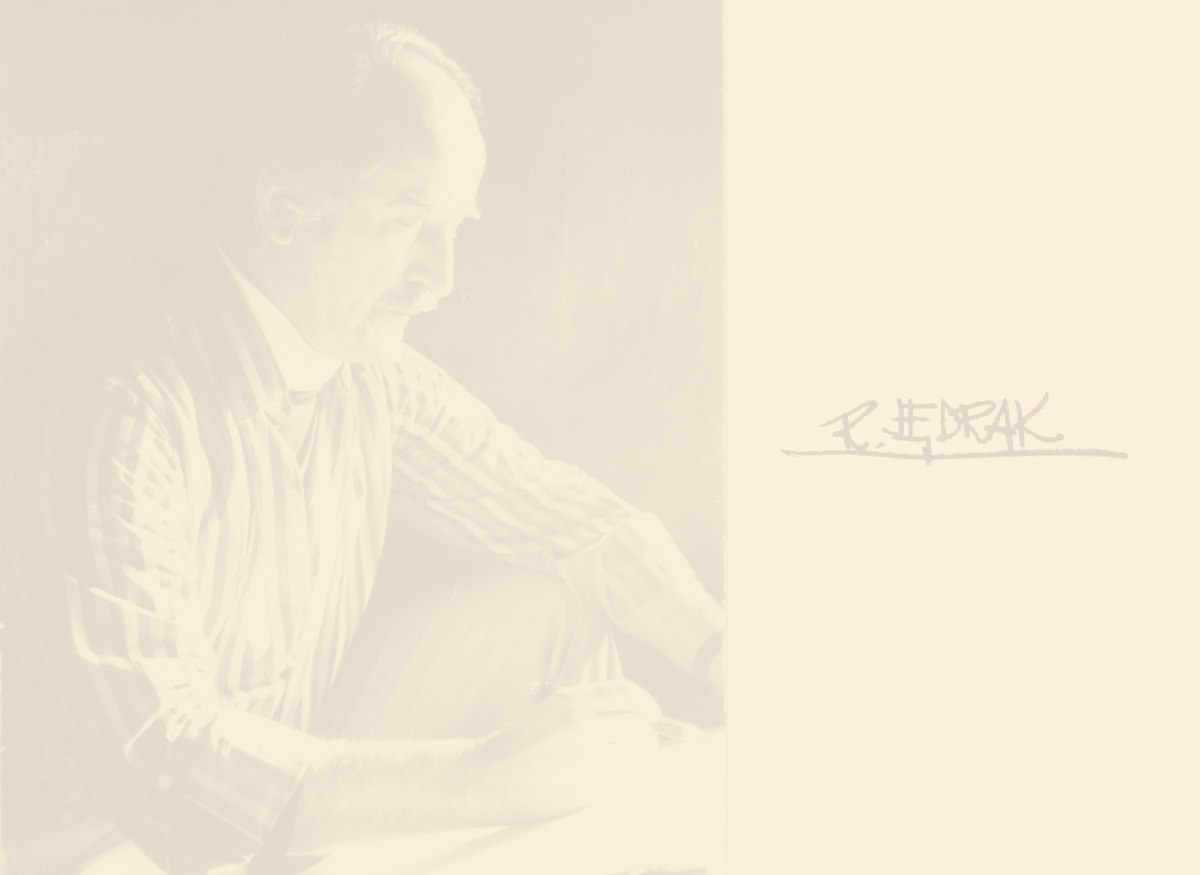 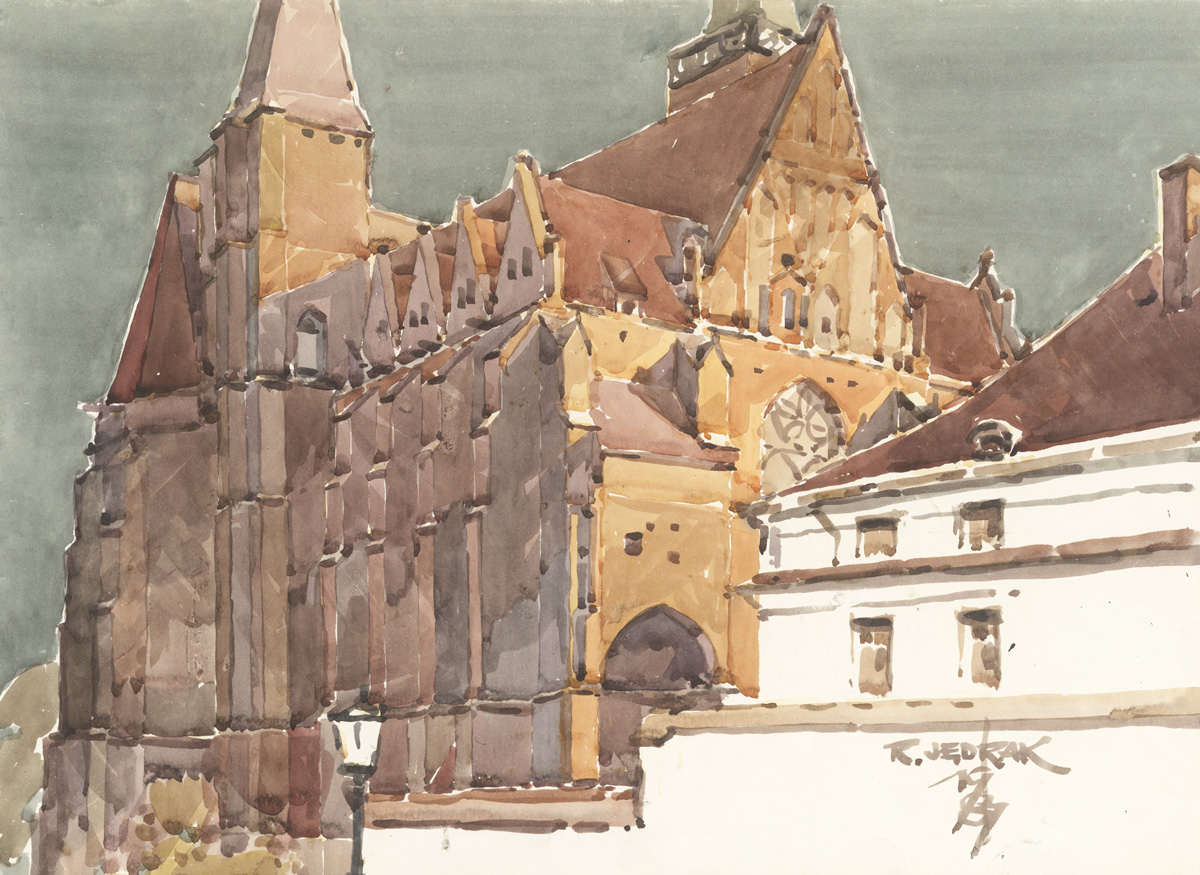 He was a remarkable person who has become a legend in the annals of the Wrocław School of Architecture.

He was always engaged in the life of the university, holding responsible posts such as the head of the Interior and Industrial Design Division of the Department of Architecture, the Deputy Director for Research and Industry Affairs of the Institute of Architecture and City Planning, the Deputy Director for Research Human Resources of the same institute, the head of a research team investigating the problems associated with the spatial organization of man’s immediate environment, the head of a seminar devoted to industrial forms and the head of the Interiors and Furnishings Division of the Department.

Between 1951 and 1962, Ryszard Jędrak, while continuing his research and teaching activities at the Technical University of Wrocław, also engaged in design in Wrocław’s City Municipal Development Office. He started there as a draftsman and then moved up to designer and a chief designer, of such projects as “Plac Młodzieżowy” in Wrocław. For many years he was a permanent member of the Technical and Economic Council at this Office.

For several years, he was a consultant to the Studies and Design Office of the Engineering Cooperative in Poznań. In this city, he also taught courses in architectural design at Poznań Technical University. In Wrocław, he was a consultant to the design and research divisions of industrial factories such as PAFAWAG (railcar factory) and Jelczańskie Zakłady Samochodowe (truck factory) in which he designed, among other things, the interiors of railcars and special-purpose vehicles.

In 1977, he was appointed by the Minister of Science, Higher Education a permanent member of the National Educational Committee for Industrial Design in Warsaw.

He was also known from his TV appearances popularizing the knowledge of domestic interior design, as well as presenting links between industrial design and industrial production.

Ryszard Jędrak’s professional career is an illustration of Prof. Władysław Czerny’s views on teaching in the departments  of architecture in higher education in Poland, who in 1972 wrote: … “at Departments of Architecture, the instructor’s experience in design and execution should be recognized as the essential qualifications for teaching… literary-scientific works in this field are of secondary, not primary importance. The Department of Architecture, as a scientific institution, must operate in tangible reality by voicing its opinions on the national economy which falls within its domain. It should supervise the investment activity, design offices and city planning studios. Science is not a ‘backup’ for production, it should steer the latter”.

Ryszard Jędrak helped to create the distinctive culture of the Wrocław School of Architecture which was represented, for example, in the informal and genuinely friendly atmosphere of studies. The professors and the students in those days formed close partnerships, entering competitions together and sometimes competing with each other. They would declare earnestly that architecture, besides being a profession to be learned, was a vocation to which one ought to commit oneself wholeheartedly in service to society. The leader should have his own concepts validated by creational or executional activity. Such a person should have knowledge which he must be able to convey to a student  in a manner which  will help the student to find his  own way.

The critique by the Professor was not merely good advice. The Professor would engage entirely in the teaching process. He treated the resolving of his students’ design dilemmas as creative grappling with problems, considered his students to be his partners and took great pleasure in teaching them.

Living up to the principle that the architecture  teacher  should be a creative architect, he made the surrounding world more beautiful not only through his paintings, but also at the drawing board – by designing: architectural structures which did not compete with the landscape, but complemented it; laboratory and shop interiors which shaped the personalities of their users; and industrial forms which enriched the surroundings with simple shapes – their simplicity being the evidence of their perfection – and through their truthfulness corroborated St . Augustin’s words: “Beauty is a reflection of truth”.

Teaching his students, Ryszard Jędrak would reiterate: one must be able to distinguish between simplicity and vulgarity, and his architectural accomplishments attested to this precept. He managed, as befitted the co-founder of the Wrocław School of Architecture, to insert “painlessly” his architectural creations into the surrounding space. If one were to compare the Professor’s architectural work to music, then one could state that each piece executed by him was musical poetry of space – space which is our common property and which nobody has the right to compromise with pseudo-avant-garde creations. The Professor would call the latter: the inability to transform the world’s beauty.

Professor  Ryszard Jędrak’s artistic, architectural design, practical, didactic, and scientific research legacy was substantial and outstanding. He was consistent in all the spheres of his activity. Architecture for him meant simply creative filling in of space around him; space which is not colorless, but colorful, ­ full of emotion. Irrespective of the field of creation,  whether it be a landscape in which a new structure was to be erected, a cityscape, the interior of a home, or a moving structure functioning against a changing background – the same fundamental laws always applied – respect for the encountered  values; the desire to enrich man’s environment.

In his projects, he took constant care to achieve the full expression of the space he was shaping. He would bring his creations to completion, designing nearly all the public interiors in the edifices he had designed earlier. He was their chief designer and a skillful coordinator of the design team – if need be, he invited other specialists, e.g. sculptors. He could establish quickly a rapport with others, which in conjunction with his spontaneity and comradery made him a natural team leader.

Poland’s Minister of Culture and Arts bestowed on Professor Ryszard Jędrak the status of Architect-Creator.

In the Association of Polish  Architects (SARP),  Ryszard Jędrak was chairman of the Artistic-Qualifications Committee, a member of the College of Competition Judges and head of the Sport Architecture Section at the Wrocław chapter of SARP, to mention but a few of his roles.

The most elegant way to avoid an assessment of true merit is to praise the form. 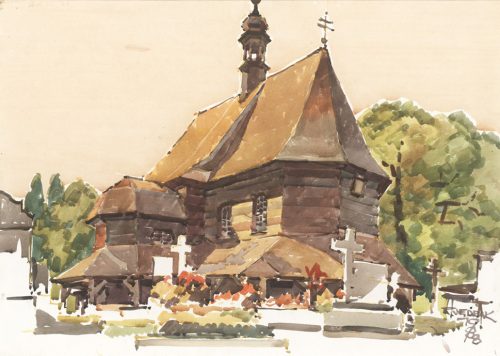 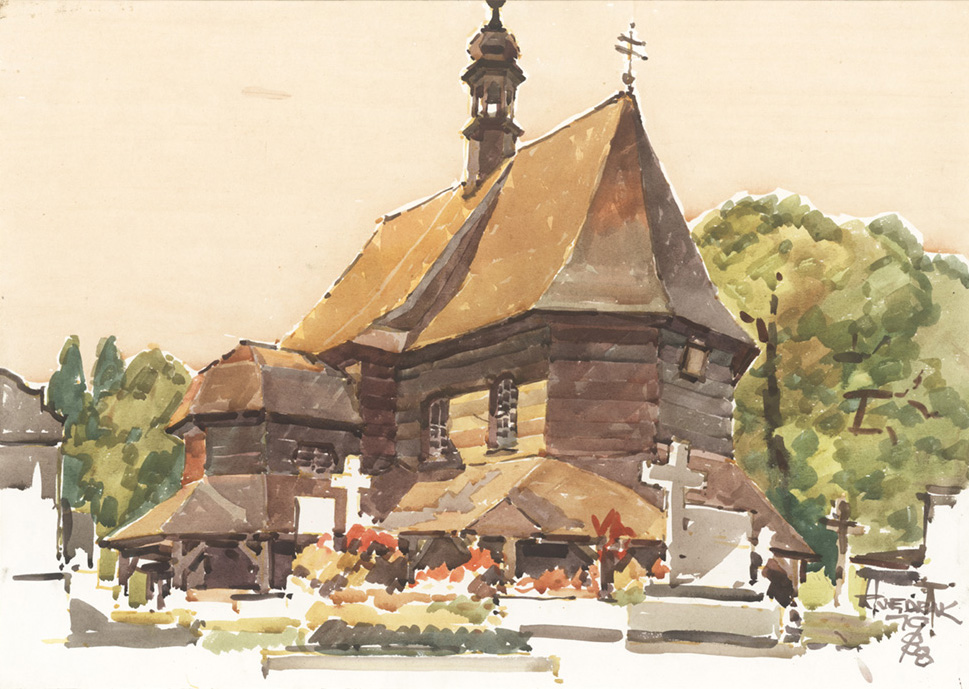 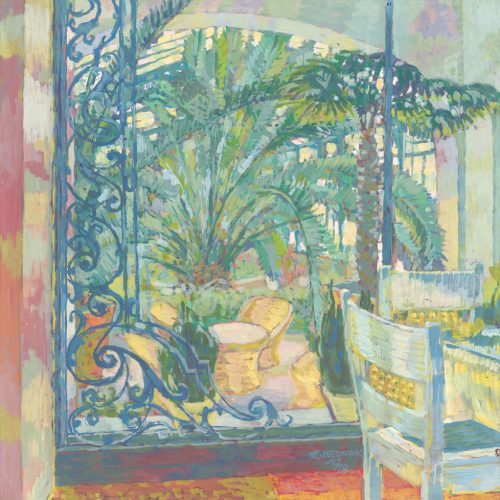 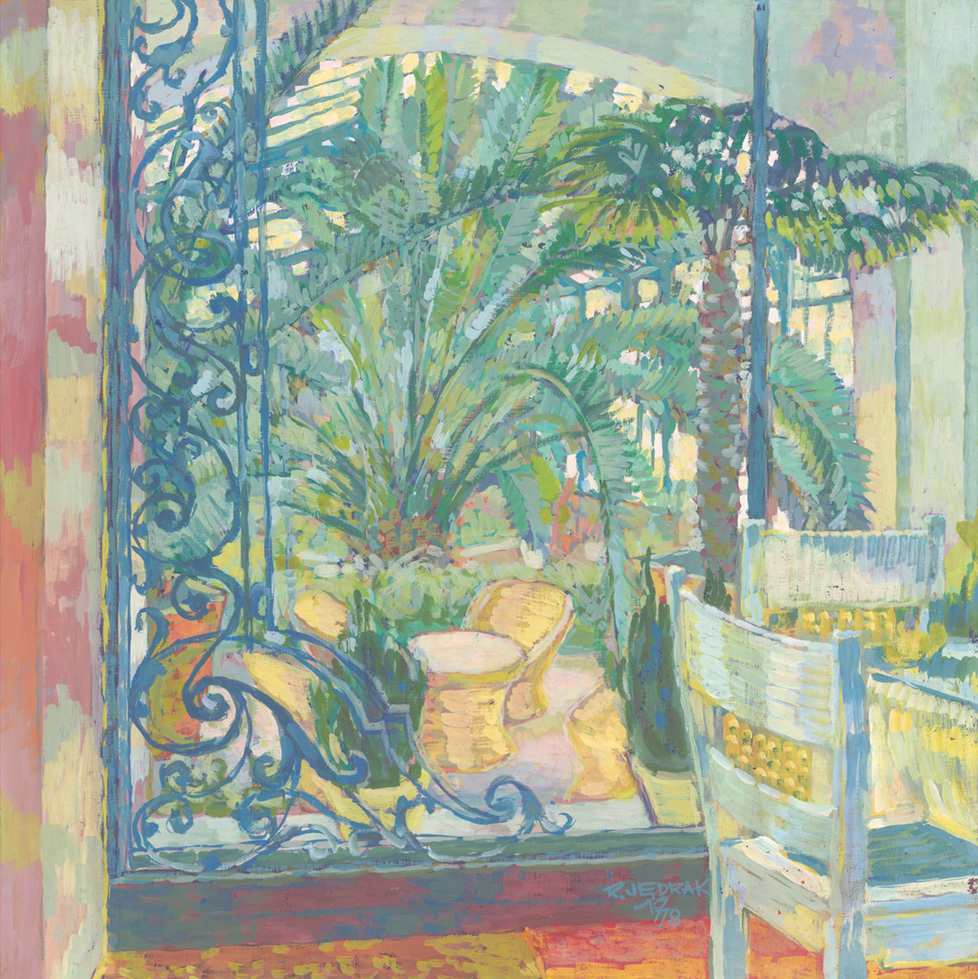 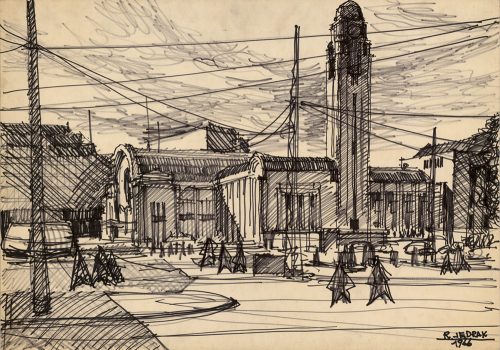 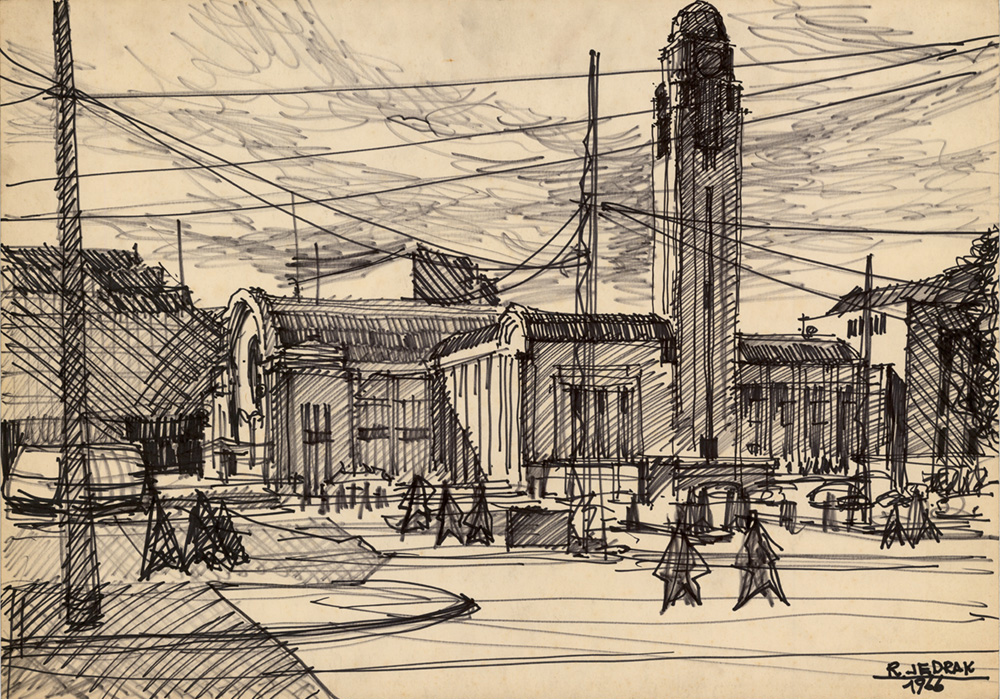 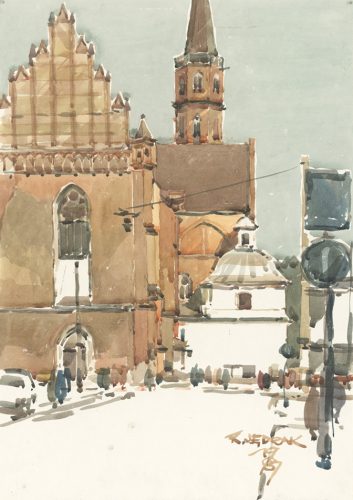 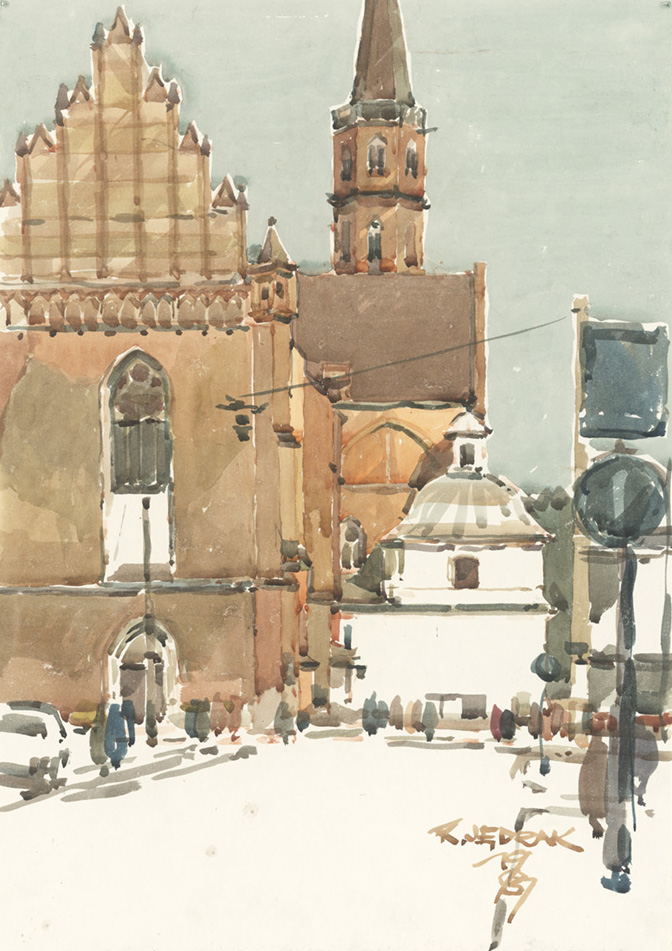 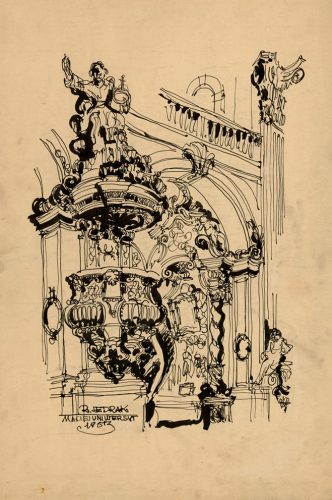 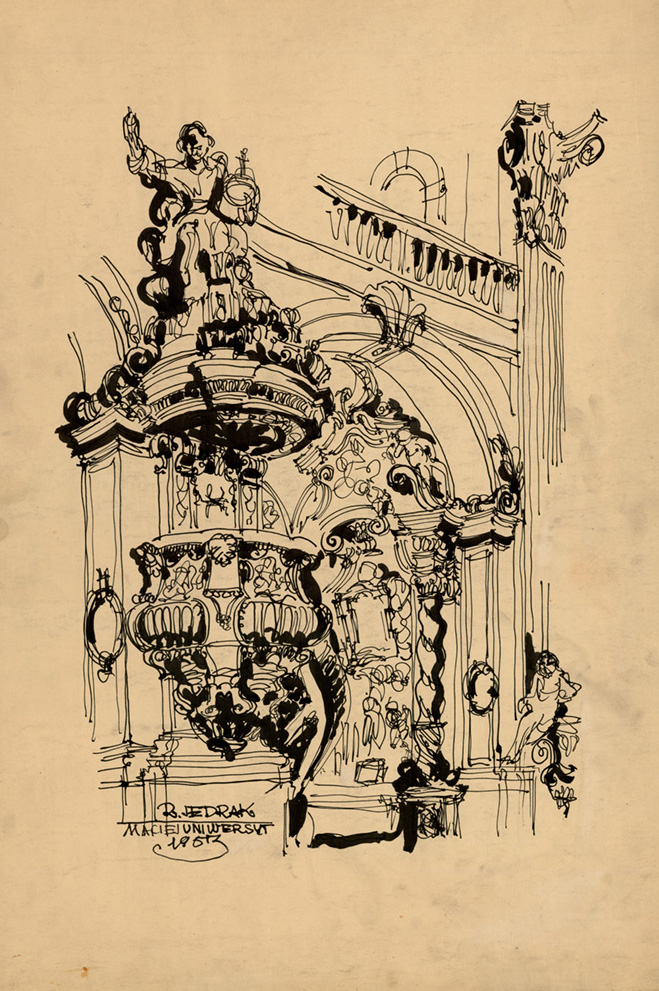 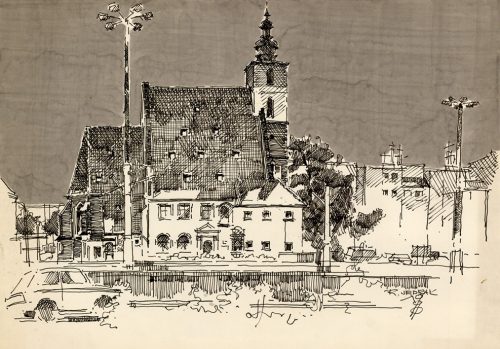 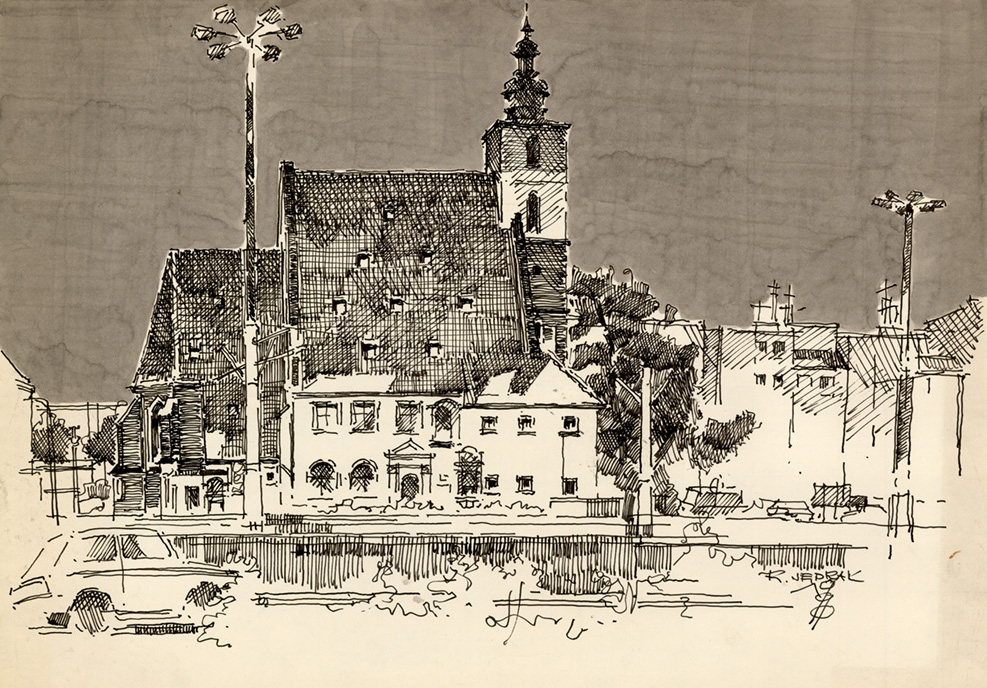 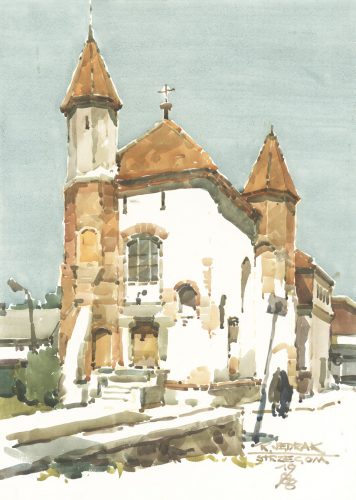 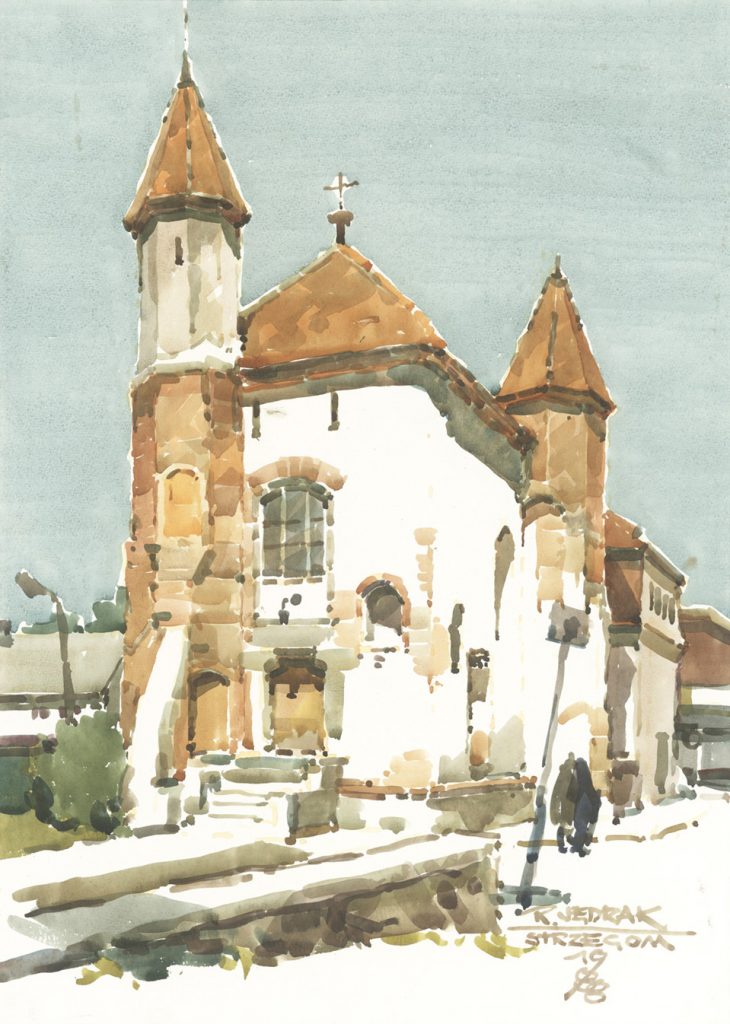